The SU Building is now closed, however staff are still available via email, further details regarding the current situation can be found here:

Welcome to Sport at YSJSU! On the pages on this section of the website should give you all the information you need to help you make your decision on which Sport/s you would like to join.

Make sure to check out the different Sport Club pages under ‘Our Clubs’, on their own page you should be able to find generic information including, welcome meeting details, training times, competitive opportunities, membership prices and so much more! If you can’t find the Sport Club you are looking for, there’s always the option of starting a new Sport Club. Select the ‘Start a New Activity’ activity from the Student Opportunities dropdown for more information on that!

Finally, have a browse through the other information available on our Sport website section and if you have any questions please contact Ben Francis, Sports Coordinator

Please find below some additional information on the successes of some of our 2017/18 scholarship athletes.

Holly discovered weightlifting while training for athletics. "One year we did winter conditioning based around CrossFit, so I started doing that more because I really enjoyed it. I then taught myself the Olympic lifts from YouTube videos." Since her introduction to Weightlifting, Holly has been hooked and has really risen from strength to strength. Holly has been supported by the Scholarship Programme delivered in partnership by YSJSU and York St John Active and this year Holly has had a season of remarkable achievements. Over the course of last academic year Holly was selected for Wales Commonwealth Games Team to compete at Gold Coast 2018, at which she placed 9th in the U63kg category, snatch 73kg and clean and jerk 93kg. Holly also placed 10th in the British Seniors (63kg), 2nd in the British U23s (63kg), 1st in the Welsh Seniors (63kg) despite competing as a Junior (U21 on day of competition). Holly also placed 2nd at British Universities and took 1st place in the British U23 (U69kg). Holly also picked up the Sportswoman of the Year Award at the 2018 Active York Sports Awards.

Rianna started playing Rugby Union as a child for a local team, however, she struggled to find a girls team when she started secondary school and was no longer allowed to play with the boys. Rianna left Rugby Union to one side and picked up Hockey and Swimming (both of which she still enjoys). Rianna didn’t play Rugby Union again until she began her studies at Bishop Burton College aged 16. Rianna quickly found her feet in Bishop Burtons 7s team, gaining a place in the Advanced Level Apprenticeship in Sport Excellence (AASE) programme. In a matter of months Rianna went from playing for Bishop Burton to representing Yorkshire and then the North of England, Rianna was also selected to trial for England U18 7s and England U20. Since beginning her studies at York St John Rianna has played an instrumental part in the Women’s Rugby Union 1st Team (who won their BUCS League in 2017/18). Rianna has been supported through the Scholarship system since joining York St John, helping her develop significantly as a player. Since coming to York St John Rianna has; represented North East, North of England, England Students and Yorkshire Open Age. Rianna has also signed for Darlington Mowden Park who play in Women’s Premier Division. Rianna was selected and has received caps for England U20s. Finally Rianna was awarded the Outstanding Achievement in Sport and Activities at the YSJSU Sport Dinner 2018.

Amy joined York St John University in 2017 and was already regarded as a highly decorated athlete. Amy was ranked 6th in the World for 200m in 2016, she was the UPC World Junior Champion in 200m and Long Jump. She had been team captain for the World Junior Games and a member of the Team GB Relay Squad. Whilst studying at York St John University and whilst supported by the Scholarship Programme Amy has continued to achieve greatness. Amy was selected to compete at the 2018 Commonwealth Games where she reached the T38 Long Jump Final on day four of the Games held at Carrara Stadium on the Gold Coast, Australia.

British Universities and Colleges Sport (BUCS) is the National Governing Body (NGB) for Higher Education (HE) sport in the UK. Over the course of the academic year, BUCS deliver more than 50 sports (team and individual) to over 170 institutions, comprising a busy league programme of over 5,800 teams and over 120 championship events. Throughout the BUCS Season, BUCS points achieved from Leagues, Cups and Championship Events are combined to give every institution an overall BUCS Points and BUCS Ranking, York St John University head into the 2018/19 BUCS Season with the goal of breaking into the top 50% of institutions competing in BUCS.

Over the course of the academic year BUCS Championship Events offers a competitive outlet for everything from Athletics to Windsurfing. The BUCS Championship Events give York St John University students the opportunity to represent the University in their chosen sport, earn BUCS points and compete against the top student athletes in the UK at some of the country’s most prestigious sporting venues (e.g. Sir Chris Hoy Velodrome). Despite being a small University, York St John Students’ Union is proud of the number of athletes we enter in BUCS Championship Events, having regular representation in; Athletics, Badminton, Boxing, Climbing, Ju Jitsu, Judo, Karate, Rowing, Snow Sports, Swimming and Trampoline.

If you would like to discuss entering a team in BUCS League Programme or entering a BUCS Championship event please contact Ben Francis, Sports Coordinator 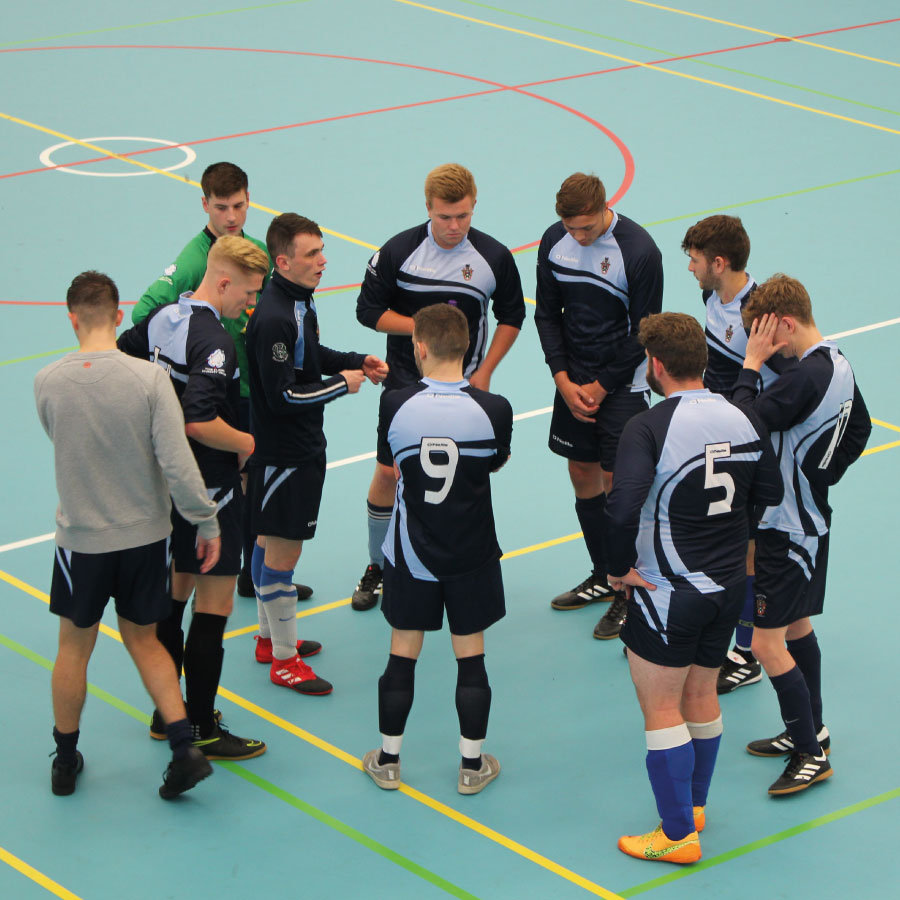 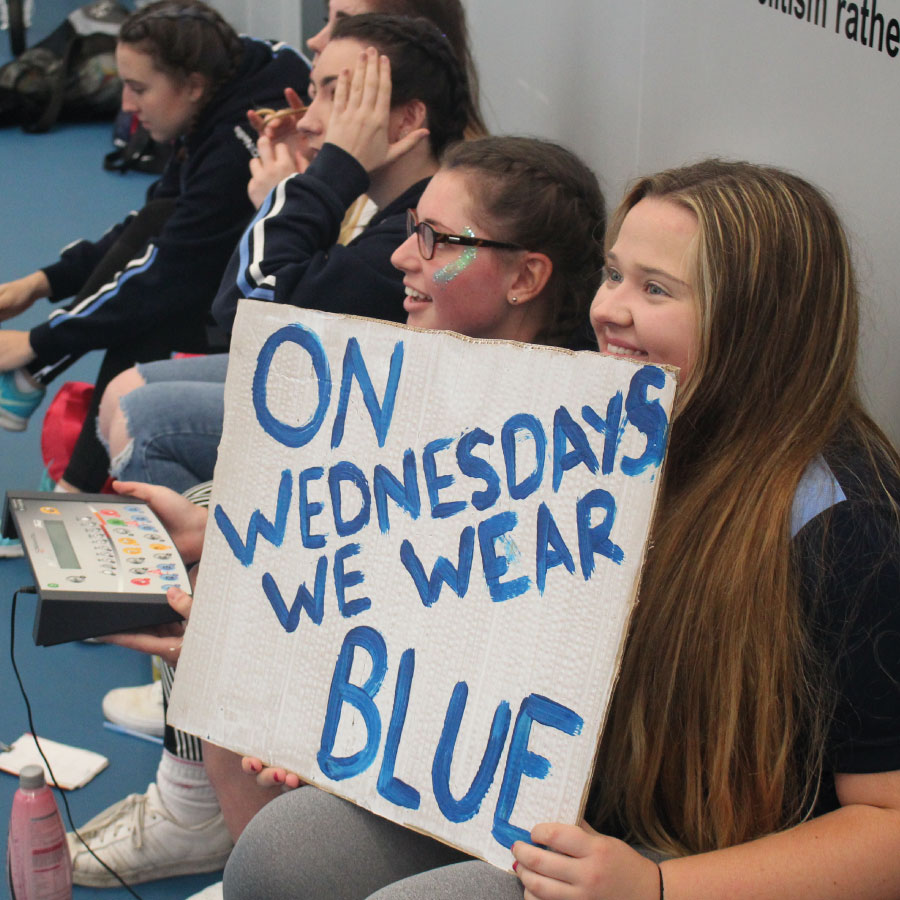 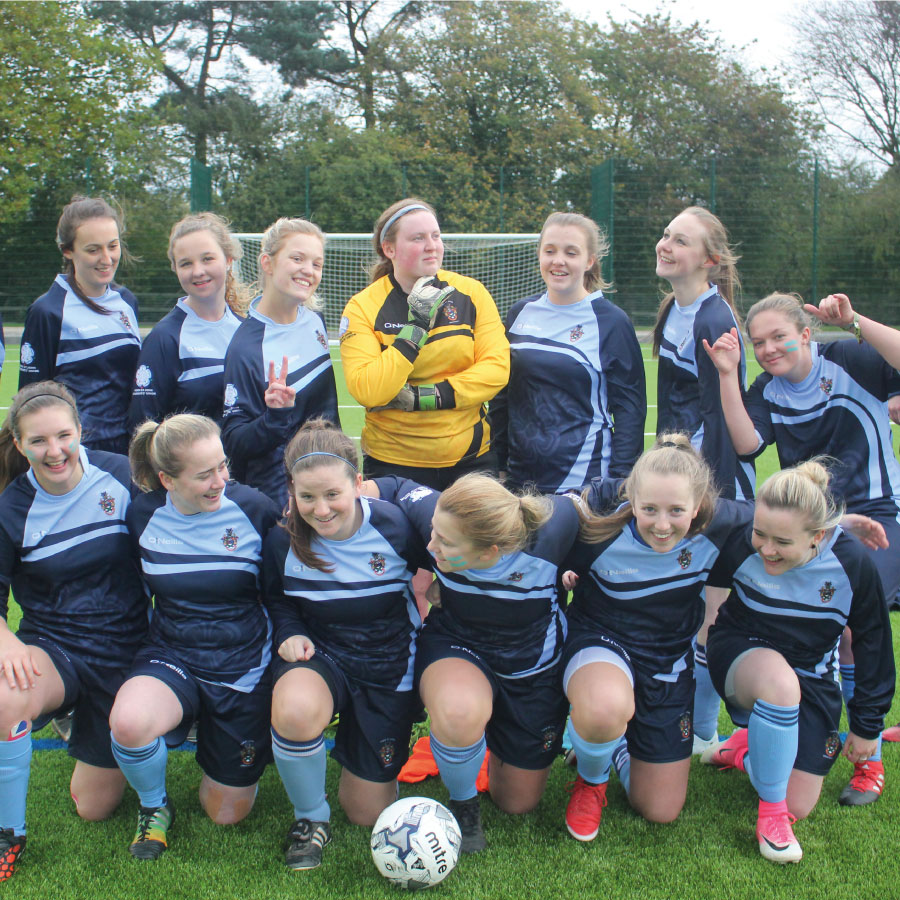 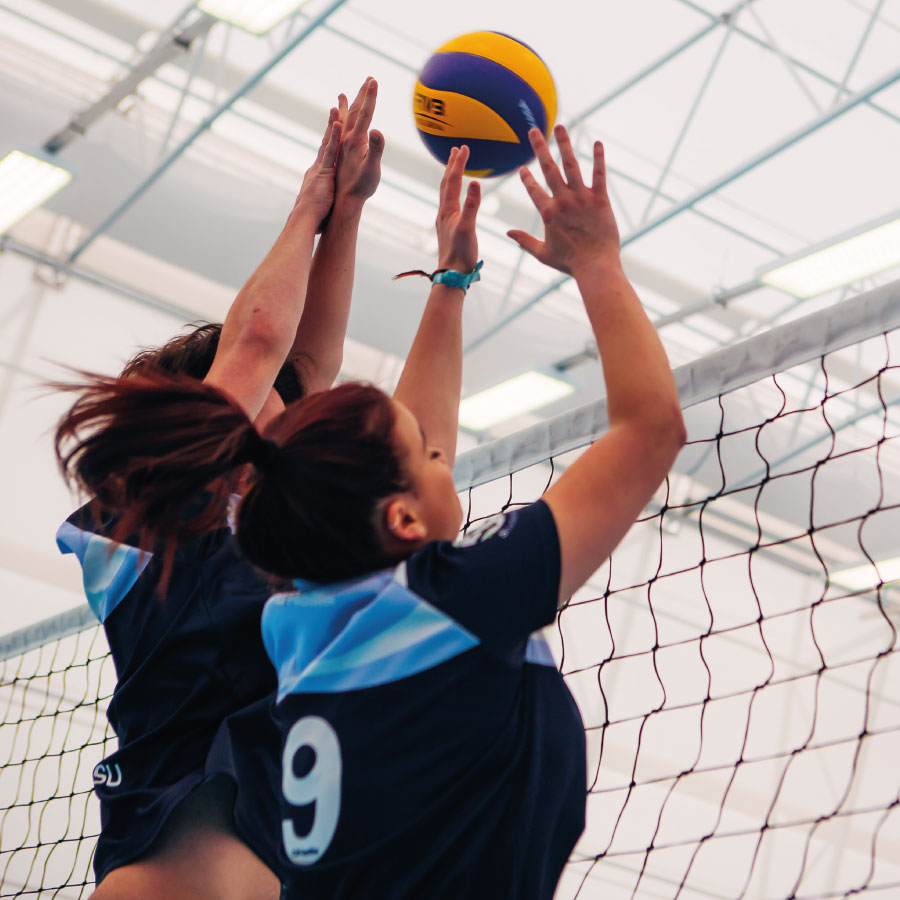 
The Rugby Football Union (RFU) runs a number of University Development Leagues (Friday Night Lights) which are aimed at improving player’s ability. The RFU started Friday Night Lights in 2013 with a focus on increasing the number of University students playing Rugby Union and developing grass roots Rugby Union. RFU Development Leagues are run on an ad-hoc basis with round robin tournament taking place on Friday nights at various institutions within the region. York St John offer to host a number of competitions / round robin tournaments on an annual basis ensuring students are given opportunity to engage without having to travel. Please note, the SRFU are currently looking into Development Leagues for 2018-19 and the offer of Friday Night Lights may be revised.


The Rugby Football Union (RFU) runs a number of University Development Leagues (Friday Night Lights) which are aimed at improving player’s ability. The RFU started Friday Night Lights in 2013 with a focus on increasing the number of University students playing Rugby Union and developing grass roots Rugby Union. RFU Development Leagues are run on an ad-hoc basis with round robin tournament taking place on Friday nights at various institutions within the region. York St John offer to host a number of competitions / round robin tournaments on an annual basis ensuring students are given opportunity to engage without having to travel. Please note, the SRFU are currently looking into Development Leagues for 2018-19 and the offer of Friday Night Lights may be revised.


York St John University Volleyball Club (YSJVC) has two Community League teams (one male, one female). Both the Male and Female Volleyball Community Teams play in the West Yorkshire Volleyball Association League. Fixtures run between September and May and take place on weekends and weekday evenings with home fixtures for both the male and female team on Saturday afternoons in the Sports Barn at YSJU Sports Park.

York St John Boat House
The Boat House is located on the River Ouse between Lendal Bridge and Scarborough Railway Bridge (around a 10 minute walk from Campus), adjacent to the Museum Gardens. The stone and concrete boathouse has the following; 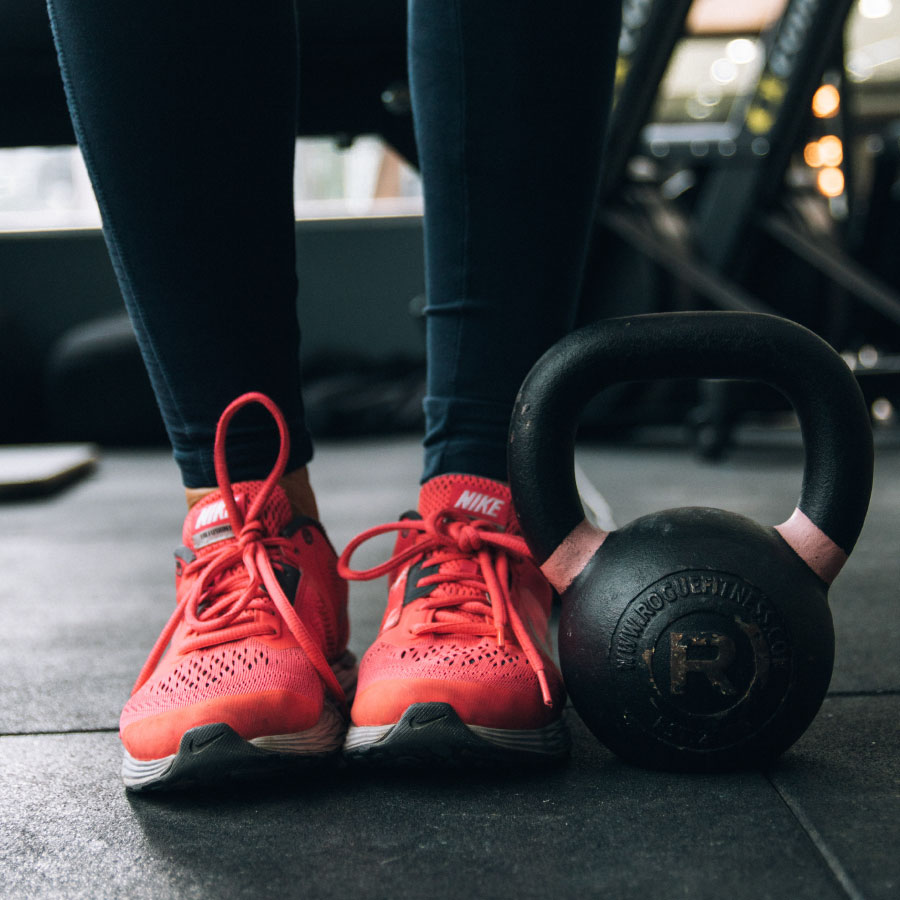 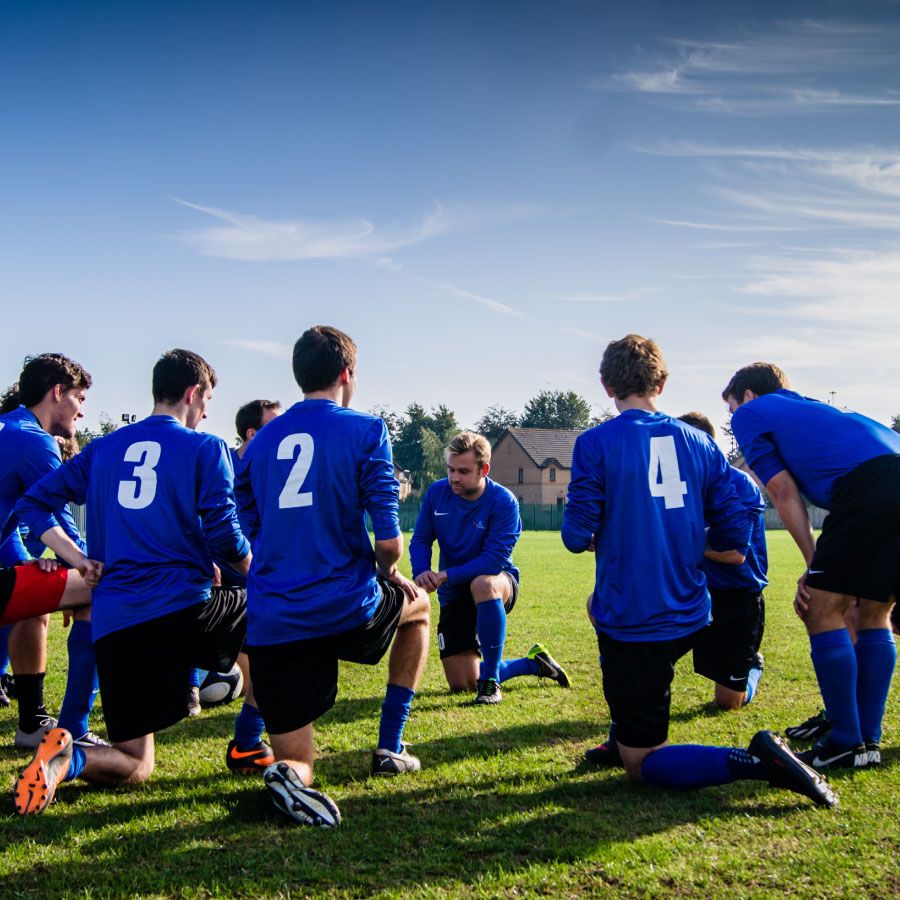 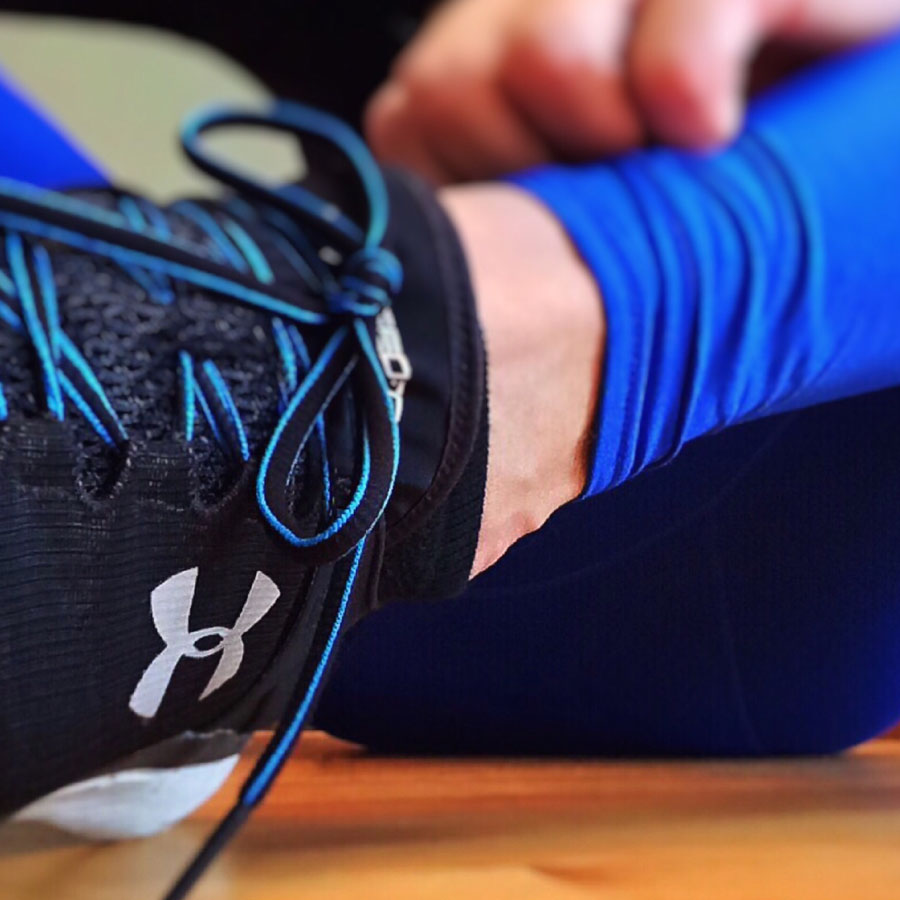 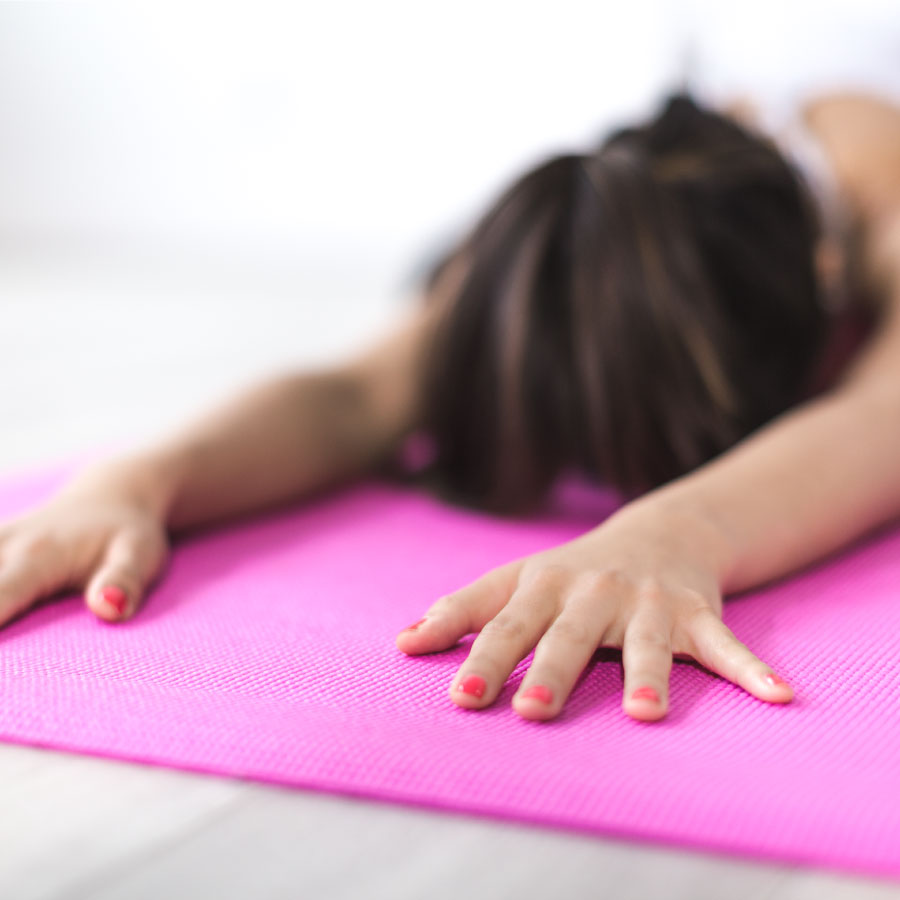 Supporting York St John students to grow, succeed, and have a great time whilst at University